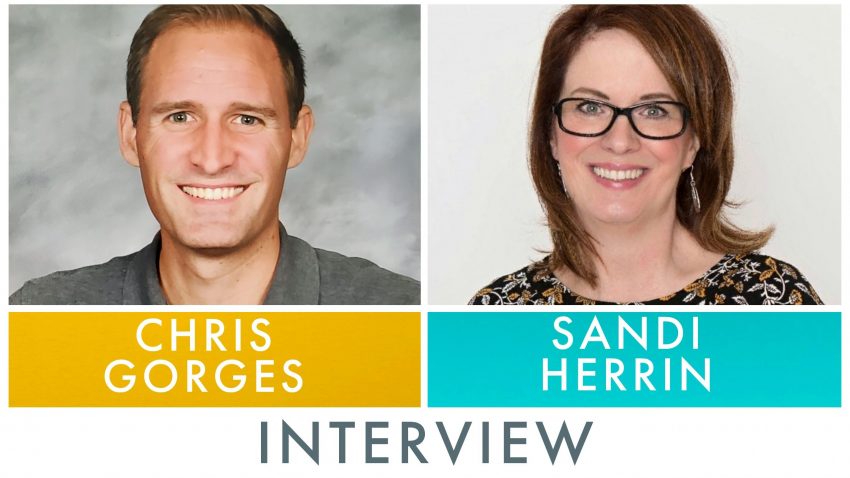 I get this question a lot. When first undertaking learning a new language, usually the first thing that comes to mind is, “how long is this going to take?” The answer? It depends.

There are many factors that goes into how quickly we will become fluent in a language. In my interview with Sandi Herrin from itsasignlife.com, we discuss what those factors are, and also admit how long it took us to learn sign language.

The complete interview can now be seen in it’s entirety below. Feel free to subscribe to our channel here to stay up to date with our newest videos.

SANDI: Well, I do have to say this, and I didn’t mention this sooner, but I did actually go to a training center for two months, where I was learning 24-7 American Sign Language. So that was a nice launching point for me, having only the alphabet under my belt, but from the time I actually feel like when I actually went to San Diego. It really did take me a good year. And we’re talking, this is when I was doing 24-7. This was my life, it wasn’t just a hobby. It wasn’t just I’m going to go to a couple of deaf groups once a month. You know, I was every day interacting and it took me a year. And that’s about when I had to be dependent on my own ability to communicate and not my partner’s. And so I would say, at that point, a year. And again total immersion. I didn’t go home to anybody who didn’t sign. I’d go home at night and I’m still signing because my partner was deaf. So it was a year like that, so I don’t know if everybody’s the same, but that was me.

CHRIS: When you do research about sign language fluency, or just really fluency in any language, you see different statistics, if you know 10,000 words you’re fluent, or if you know 20,00 words you’re fluent. And really, what I try to tell people is don’t focus so much on the word count but, you know, focus on your ability to communicate. I was watching this TED Talk by a linguistic from New Zealand, and he was talking about how you can become fluent in six months, but really he was talking about, you know, everyday conversation fluency to where if you know anywhere between 1,000 or 3,000 words, then you’re going to be right up there to know just about as much as you need to for just casual everyday conversation. But yeah, my experience actually parallels really close to yours, even with a year of full immersion and really having not much choice but to learn, it took me about a solid year as well to at least feel fluent and not so much to where I’m struggling to pull up a sign that I learned from months before, to just be able to have that casual conversation and to feel that competency.

SANDI: Right, right. And I do feel like if I had not been completely immersed in it, it would be like any other language where it can take three to four years to develop, you know, because I have taken French in college, and I’ve done it, you know, two semesters. And I remember, maybe two sentences from it. Using it constantly and integrating it into my life because one of the things that really allowed me to take that language and and integrate it into my life was that I was immersed in the culture as well. So when you understand the culture and you’re immersed in the culture and you are part of it as far as a hearing person can be in that culture, you have an opportunity to learn exponentially from that because of the acclimation to culture, which is a big part in really learning sign language. In fact, a funny story. This is not a brag at all because I’ve never had this since, because I have not been as immersed as I was, but I actually got transferred to Virginia and became friends with a principal of a deaf school there. And when I finally left service, we held a party and he goes, “What are you looking forward to the most when you get home?” And I said, “All the new radio songs. I can’t wait to listen to them.” He says, “They have captions for radios?” I’m like, “Well no, I’m just going to listen to the radio.” and he says, “How are you going to do that?” So he thought I was deaf this whole time I was there. We were friends for seven months. And that is because I was so immersed in the culture. I don’t think it ever came up. I think that it has less to do with my signing skill than my ability and desire to just be immersed in the culture and just be part of their group and friends, and be sincere and genuine with that. And so it didn’t even occur to anybody to say, “Are you hearing or deaf?” because I was so connected with what their culture was and what we were doing together as friends.

CHRIS: And I think that makes a huge difference when you are involved and integrated into that community to where, you know, it’s one thing to take sign language in a college course or to learn it on an academic level where maybe, you know, watching videos online, just trying your best … but really it’s about the culture and that immersion and that support and when you’re just really a part of that community and you’re really involved, not only are you going to learn the language much better, but like you mentioned, you’re going to be a part of that culture. And you know, you won’t be so much of an outsider trying to come in, you are part of that community and the deaf really will accept you for that.

SANDI: Yeah, that’s kind of what I think happens for anybody, you know, whatever you’re trying to do … is when you can make those genuine connections with people, that’s when the real magic happens.

The Main Take Away

So how long does it take? It depends. For both myself and Sandi, it took us about a year. However, this was with full immersion and putting ourselves out there and being vulnerable. If you would like to become fluent in as little time as possible, what should you do? Here are a few tips.

In the full interview, we talk about deaf culture, give advice to those learning sign language, talk about the importance of hearing parents with deaf children to learn sign language, the evolution of ASL, discuss how to we got into interpreting, and what it is like to be an interpreter. Again, when the full interview is uploaded, you can check it out on our YouTube channel here.

In the meantime, let me know in the comments below … how long have you been learning sign language? What have you found to be helpful in making progress? What advice would you give to new learners?

aslbasics.com is a participant in the Amazon Services LLC Associates Program, an affiliate advertising program designed to provide a means for sites to earn advertising fees by advertising and linking to amazon.com and amazon.ca